Home › Blog › Do We Really Have Bed Bugs In Lexington?

Do We Really Have Bed Bugs In Lexington? 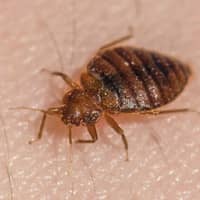 Do we have bed bugs in Lexington? Sadly, the answer is yes. These bugs are everywhere, and Lexington is no exception. Though bed bugs may seem like a new problem, these parasitic insects have been with us since the dawn of time. In fact, in the early 1900s, one out of every three Americans we’re dealing with a bed bug infestation. The reason you might think this is an emerging threat is because these bugs were almost entirely wiped out in the United States in the 1950s by a miracle pesticide called DDT. Between 1940 and 1970 almost 700,000 tons of DDT was dumped on America, and it did an amazing job of killing these bugs. For the first time in human history, it was possible to live free of these blood-eating pests. But it came with a cost: breast cancer, male infertility, miscarriages, low birth weight, developmental delay, nervous system problems, and liver damage, to name a few. So, the government stepped in, and the use of DDT was limited or banned.

In the late 1990s something disturbing happened, bed bug infestations started to appear again. At first there were only a few isolated cases, but it wasn't long before infestations were popping up all over the United States, and in greater numbers. Some experts attribute the explosion of bed bug cases to worldwide travel, while others believe a ban on household insecticides in the mid-90s is to blame. In 2000 bed bug complaints in New York City were about 100. Just ten years later the number of complaints rose to 31,000. It is no wonder Lexington is feeling the bite.

In 2015, bed bugs are all over the news. They are being found in homes, apartments, 5-star hotels, college campuses, movies theaters, and even public areas like libraries and police stations. These hitchhiking bugs can be found in almost every mode of transportation: buses, taxis, trains, planes, and cruise ships.

What can be done about bed bugs?

Whether you live in Lexington, or another part of the country or world, the greatest tool in the war against bed bugs is public awareness. Share these points with your friends and family to help resist the spread of these bugs.

Through public awareness, we can slow the spread of these invasive bugs. Remember to call Action Pest if you find yourself dealing with these evasive pests. We have the training and expertise to eliminate your bed bug infestation or any other pests you may be dealing with.