Home › Blog › The Life Of Ants

The Life Of Ants 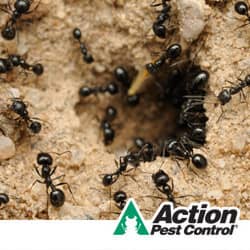 Of all the household pests we deal with, more can be said about ants than any other pest. An ant is a nuisance, sometimes destructive and even sometimes aggressive, but that same ant can also teach humanity many things. When the opportunity arises, watch a group of ants for any period of time and you will see some amazing accomplishments and displays of almost supernatural strength. Yes, those pesky ants are incredibly capable creatures that live in large colonies, can lift many times their own body weight and work together in perfect harmony to perform feats with amazing precision.

Another noted behavior are ants going into a strange colony and stealing the eggs or larvae. These young “children” of another colony are then either eaten or put to work as laborers. Many species of ants rely on this practice for survival, as they are not capable of feeding their entire colony without this extra help.

Ants have been known to conquer the world! Just in the last century alone, the argentine ant has become established in at least 15 countries throughout the world covering 6 continents. It is estimated that the total ant population worldwide makes our 7 billion people look like a small number. It could be said that ants have conquered almost the entire globe. There is a presence of ants on every piece of land throughout the world with the exception of Antarctica and the Arctic. It is no wonder this has transpired when you consider the findings of scientists from Harvard and Florida State University stating that ants are as old as dinosaurs and go back more than 100 million years.

Whether you believe all the above-stated comments or not, it is safe to say that ants are an extremely interesting creation with a vast number of species. Science uses classifications to help organize the findings and knowledge of all living creatures. Kingdom is the highest grouping and all animal life belongs to that same kingdom, Animalia. Following kingdom is phylum, class, order, family, subfamily, genus and species. It would be nearly impossible to list all the species of ants as there are more than 12,000 throughout the world. However, the more common ant species in the United States are the argentine ant, odorous house ant, carpenter ant, fire ant, pavement ant and pharaoh ant. Determining the type of ant is necessary in solving your pest problem and protecting your home from future infestations.

Odorous house ants can be found throughout the United States although they are less likely to be found in extreme desert conditions. The odorous house ant is considered to be a medium-sized ant and averages 1/8 inch in length. They are dark brown to black in color and can be quickly identified by the rotten coconut odor that is emitted when crushed. The odorous house ant usually nests outside, making shallow nests under wood piles, flat rocks or debris. When nesting indoors, they will be close to water sources in bathrooms and the kitchen. The food of choice for the odorous house ant is sugar water of nectar from plants, honeydew from aphids and other insects. They work day and night foraging for food.

The argentine ant is most commonly found in the southern United States. They are approximately the same size as the odorous house ant but are a lighter color. The smell they release when crushed is more of a musty odor. Argentine ants build huge colonies and can have hundreds of queens with millions of workers. They can be seen traveling to and from the colony in wide, well-used trails. The argentine ant nest is often found in mulch covering, beneath stones or wood and even in garbage piles. Their food preference and foraging activity is much like that of the odorous house ant.

Pavement ants have a strong representation throughout most of the United States. The average size is 1/8 inch long and their color varies from light brown to black with lighter colored legs and antennae. The pavement ant is a slow moving ant. As their name suggests, the pavement ant has a habit of building their nests under pavement slabs. Many times you will notice fine piles of dirt coming up from cracks in the sidewalk or driveway of your home. You can be assured that pavement ants have taken up residence in that location. They will sometimes move their nest inside during winter months, seeking shelter from the cold. Pavement ants are attracted to any food item that contains sugar and protein. They also feed on the honeydew from plant-sucking insects like the aphid and are known to feed on both live and dead insects.

The pharaoh ant is a much smaller species, only about 1/16 if an inch in length and can be found anywhere in the United States. They can be yellow, light brown or red in color with the tip of their abdomen being slightly darker than the rest of their body. The pharaoh ant will nest anywhere it is warm. In southern states, they will nest both indoors and outdoors. In northern states with colder climates, they will nest in any heated building where there is adequate heat and moisture. They are evasive with their nests and usually are found inside wall voids, behind baseboards and inside cabinets of the kitchen and bathroom. Pharaoh ants like a variety of food and prefer to switch back and forth between types of food. They are attracted to sweets, fats and proteins.

The carpenter ant can be found anywhere throughout the United States. This species of ant is more than a nuisance and create problems for homeowners with their destruction of wood. The carpenter ant is quite large in comparison to other species, ranging from 1/2 to 1 inch in length. They are mostly dark in color but can also be a lighter, yellow color. Carpenter ants build their nest colonies inside wooden structures but prefer the wood to be damp or even already decaying. The carpenter ant colony only has one queen and takes longer to grow. For these reasons, the overall population of a carpenter ant colony is much smaller in number. Unlike termites, the carpenter ant does not eat wood but rather destroys it by chewing his way inside the wood. They can drastically weaken any wooden structure as they design huge galleries within their nest. The carpenter ants are nocturnal and will only forage for food at night. Their choice of food is much like other ants and consists of sugary liquids and nectar from plants.

There are at least six species of fire ants in the United States with the most troublesome being the red imported fire ant found in the Southern United States. One fire ant colony can contain a mixture of size of ants ranging from 1/16th of an inch to 1/4th inch in length. They are almost always a shade of red but can sometimes be so dark as to appear black. Fire ants will usually build their nest in sunny areas of the lawn. The fire ant is very aggressive and will charge out of the nest quickly if disturbed. The good news is they almost never nest indoors. The fire ant isn’t attracted to sweet food like other ants. They like protein and would rather feed on live and dead animals, plants, seeds and fruit.

Controlling your ant problem can be a problem within itself. It is necessary to properly identify what type of ant you have before you can determine the best method of extermination and control. When using ant baits, you must know the type of ant you have and what their desired food is in order to know how to bait them. The area must be cleaned and purged of any attractive food sources before you can expect the ant to enter your bait trap. For example, a food spill or an open can of soda is sure to be much more desirable to the ant than any bait you can purchase.

A pheromone is a chemical that is released into the environment that enables it to communicate with other members of the family or species. The ant can use an alarm pheromone and a trail pheromone. The alarm pheromone is released when an ant is disturbed. Other ants from quite a distance can detect this peculiar chemical. The trail pheromone is used while an ant is carrying food to the nest. This trail attracts other ants and guides them to the source of food. The pheromone is renewed on a continual basis as long as the source of food exists. With simple soap and water solution, you can interrupt this trail pheromone. However, DIY techniques are not successful in correcting an ant invasion as the only way to succeed in total extermination is to find the nest colony and destroy the entire population.

Ant problems always begin outdoors and then the ant works his way in as he forages for food. To control and even prevent an ant problem inside the home, check all doors and windows and utility entrances. Seal off all gaps as much as possible. Repair or replace any screens with holes or tears. Keep all food and water sources removed by keeping trash cans closed and emptied regularly. Clean up all food and liquid spills and food crumbs. Store all leftover foods in sealed containers. Repair any water leaks under sinks and in basements, as moisture is an absolute must for insect survival. These suggestions will help in the control of ants in your home.