Home › Blog › How Long Does Wasp Season Last in Elizabethtown?

How Long Does Wasp Season Last in Elizabethtown? 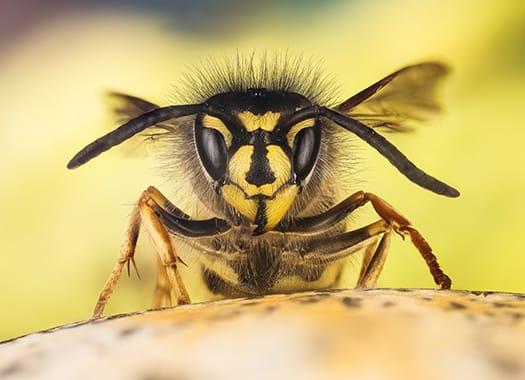 In Kentucky, wasps can be a problem for much of the year. These flying insects are small, with black and yellow stripes on their body. They are longer and skinnier than bees, and, unlike bees, they can sting repeatedly. Wasps can build nests on the sides of homes or in yards. They can make it difficult to enjoy the last weeks of warm weather since their stings are painful and can be dangerous. As we get closer to winter, there will be less wasp activity. However, they aren’t gone yet. We should still be watching for wasps even in September.

When are wasps most active?

Wasp season begins in April. This is when the queens start becoming active. They wake from their winter sleep and begin building nests and laying eggs. During the summer, worker wasps are busy gathering food. The queen continues laying eggs, and as new wasps reach adulthood, they build larger nests and bring food back to the colony. By late summer, all of the eggs have hatched and there are more wasps out and about. And they become more active as the weather gets colder since it’s their last chance to mate and get food before winter hits. By September the number of wasps will begin to die down, but they won’t all disappear until November or until the temperature drops significantly. The new young queens will begin their winter slumber, and the male wasps will die off.

Wasps can give painful stings, and they can sting multiple times. When wasps feel threatened, they will become aggressive. They can sting repeatedly, leaving painful welts that can last several days. Though their stings aren’t very dangerous most of the time, they can be to people who are allergic to their stings. When this happens, it’s important for the stung person to receive medical care as soon as possible. Even without an allergy, wasp stings are painful, uncomfortable, and sometimes scary.

What can you do to prevent wasps?

To avoid being stung, it’s wise to limit the amount of exposed skin. Long pants and long sleeves give limited areas for a wasp to sting. Also, avoid bright colors and patterns. Wasps may think the colors on your shirt are flowers. Wasps may also be attracted to you if you wear strong floral or fruit-scented perfumes, lotions, or even shampoos.

If you have a wasp nest near your home, preventative measures might not be enough. Wasps will be attracted to food and drink whenever you have an outdoor gathering, and if you come too near the nest, they may think you are attacking and sting you in defense. Instead of trying to avoid an area of your yard or just dealing with the possibility of getting stung, consider calling Action Pest Control to help you eliminate the threat.

We have the tools and knowledge to identify the species of stinging insect in your yard and to determine the best treatment plan to get rid of them. We can remove a nest safely and quickly so that you can continue to throw fall picnics and spend time in your garden, wasp free.