Top Rat Infested Cities: Does Yours Make The List? 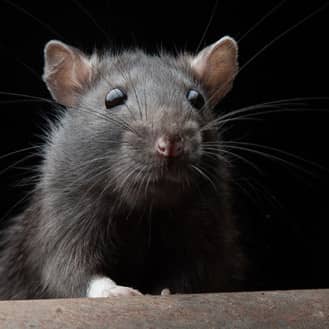 The city that you live in or near has most likely at one time or another made a list of some sort, whether it is for best pizza, best outdoor parks, most snow, or best schools. Those are the types of “lists” that are fun to make, and make you proud of where you are living. However, there are some lists you hope your city doesn’t get on, like highest crime rate, highest taxes, or worst pizza. Another list that you probably don’t want your city to land on is the “top rat infested cities” list.

That’s right, there is actually a list that tells which cities across the country have the highest rat populations. While this list may seem unpleasant, and believe us we agree, it is actually an important list to think about. This is because whether your city is on the list or not, it is the time of year that both home and business owners need to take steps to protect their properties against rats and other rodents that are looking for shelter.

The top ten cities that are considered to be the most rat infested are: 10) Miami-Ft. Lauderdale, 9) Baltimore, 8) Cleveland-Akron-Canton, 7) Detroit, 6) Seattle-Tacoma, 5) San Francisco-Oak-San Jose, 4) New York, 3) Washington, D.C.-Hagerstown, 2) Los Angeles, and the number one most rat infested being the city of Chicago.

In the U.S., there are two main species of rats that most commonly invade homes and businesses, the roof rat and Norway rat. Rats, like mice, are commensal and have come to at least partially rely on humans for their food and water sources. This is why rats are found within close proximity to humans, both in rural and urban areas.

Taking the time to prevent rats and other rodents from being able to enter into your home or business is important for many reasons, including the structural integrity of your property, the health and safety of your family, employees and customers, and even the reputation of your business.

Rats carry a variety of dangerous diseases that can make humans ill including, Lymphocytic choriomeningitis, Salmonellosis, dysentery, Leptospirosis, and murine typhus via fleas. As they forage for food, they will contaminate your food and food prep areas with their urine and feces. Rats will chew through pipes, insulations, drywall, electrical wires; and damage personal items, furniture, rugs, flooring, and stored inventory.

There are many ways that you can prevent rats from getting inside of your home or business, including sealing up holes in the exterior of your building, trimming trees and bushes back from the exterior of your property, fixing leaky pipes and fixtures, and by making sure that food is being properly stored and discarded. Those things along with getting help from a professional pest control expert will help to ensure that even if your city has made the “list,” the rats won’t make it into your home or business!


Tags: Rodent Control rats how to get rid of rats