The Problems Stink Bugs Bring To Your Terre Haute Property

When you think about the problems that plague your Terre Haute property, you might not list stink bugs near the top. But isn’t it always the problems we don’t plan for that seem to get us into the most trouble? The more you understand about stink bugs, the more you’ll realize that they can be a serious issue. 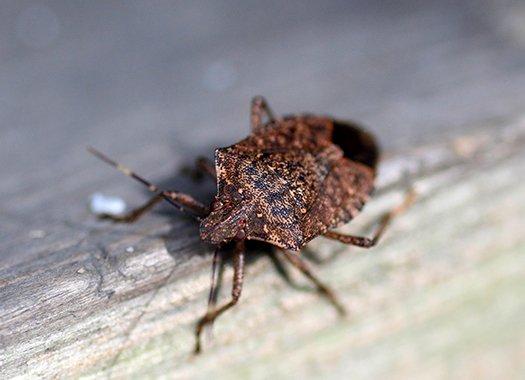 Stink bugs are not native to the United States, but they have gained quite a foothold in Indiana and our surrounding states. While it may look like they’re wearing a brown suit of armor, they really aren’t much of a threat to humans, that is, as long as you don’t consider unpleasant odors enveloping your entire house a threat.

Another area in which they’re a threat is in your Terre Haute yard. If you work hard on your landscaping, stink bugs will be a thorn in your side, chewing holes in the leaves and destroying small plants. While landscaping can be a beautiful part of any property, stink bugs can cause a major problem in your home because of the unpleasant odors they emit.

You see, many people think that stink bugs simply let out a stench after they die. However, they’ll pretty much let out a stench at every chance they get. If you threaten them, they’ll secrete a nasty odor. If you disturb them in any way, they’ll fill the surrounding area with a stench. And, of course, if they die, they’ll leave a very unpleasant odor behind. Even more inconveniently, they’ll die in your light fixtures, which creates a stinky problem that’s very difficult to clean.

The biggest problem is their pack mentality, which makes them invade your home in large numbers. One stink bug might not leave enough odor behind to make a ton of difference, but your house will start to really stink when dozens of stink bugs are emitting nasty odors every time they die or feel threatened.

So what can you do about the problem? You can’t exactly try and approach them or fix the problem yourself, right? If you manage to kill them, they’ll just smell up your house. So the goal needs to be keeping them out of your house. Here are a few ways you can make your home less attractive to the stink bugs that plague our area.

With a little luck, these practices might just keep stink bugs out of your home. You need to be especially careful of this moving into late fall, as stink bugs will prepare for winter by trying to make a home within your walls. If you begin noticing an unpleasant odor or start seeing an excessive amount of stink bugs around your property, you probably have an infestation. Trying to take care of them yourself is just a recipe for headaches and wasted time. If you want to get rid of them on your first attempt, you’ll need to call in the professionals. Contact Action Pest Control for more advice or assistance. We’ve been assisting Terre Haute neighborhoods for years with our friendly customer service, affordable prices, and unrivaled expertise.