Everything You Should Know About the American Cockroach in Louisville

Most of the time your instinct is to avoid anything to do with cockroaches, right? No one wants to hear about them or talk about them, and we definitely don't want to see them! However, it’s important to know a little bit about these awful pests. You’ll have a much better chance of avoiding them if you know how to identify them and how to keep them out of your house. Here’s some information so you don’t need to research these gross bugs on your own. 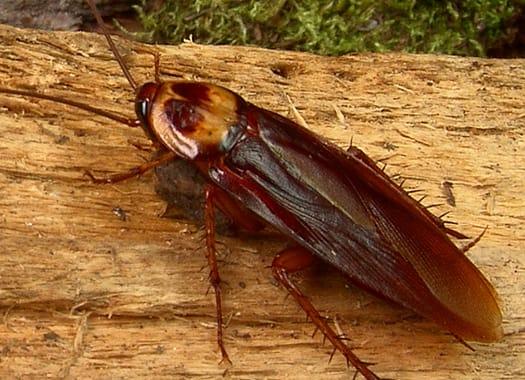 American cockroaches live longer than any other species of cockroach. They live approximately 700 days. That’s two years! They’re among the fastest insects in the world. These cockroaches have some ability to fly, but thankfully they’re much more likely to run than fly.

They eat basically anything. They’re omnivores, meaning they’ll eat plants and meat—usually from dead or wounded bugs, including other cockroaches. They love eating decaying and rotting matter, and they spend a lot of time around garbage, fecal matter, and decay.

Cockroaches don’t bite or sting, and they won’t destroy your home. However, that doesn’t mean they should be allowed to stay in your home. As mentioned, they eat a lot of rotting and decaying foods. They spend time around garbage and pick up bacteria and disease pathogens. When they get inside your home, they can be carrying diseases and bacteria around your house. They may contaminate food sources and food. In fact, cockroaches secrete an odorous substance that can contaminate food and alter the taste. Gross, right? Cockroaches are also known to worsen symptoms of allergy and asthma. These pests are disgusting and dirty and definitely don’t belong inside your house.

Cockroaches in Your Home

Can American cockroaches infest your home? They’re attracted to food, any and all food. Cockroaches will infest your home in no time if they find food. This could be crumbs or spills, or it could be bathroom products like toothpaste, or it could be organic garbage. During the winter, you may see increased cockroach activity, because these bugs hate the cold. They can’t withstand even the mildest Kentucky winters… unless they’re inside your house.

Unfortunately, cockroaches can get inside pretty easily. They can come in through cracks in the exterior of your home, tears in screens, or through vents, pipes, or even sewage pipes. You might even unknowingly carry them in with boxes and packages from outside.

You can find roach sprays in stores, but these are rarely effective. They only work if you spray the roach directly, but most American cockroaches stay well hidden. Plus, spraying roach sprays can be dangerous, since these are toxic products that shouldn’t be used in excess. Instead of dealing with this hassle, let Action Pest Control send qualified technicians and expert equipment. In no time, they can stop a cockroach infestation and get your home clear of American cockroaches, or any other type of pest. There’s a lot of information you can learn about American cockroaches, but the most important thing to know is that you don’t need to deal with cockroaches alone; Action Pest Control can help with a free inspection by calling today.