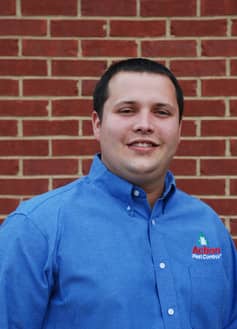 “Jesse has proven to be a valuable asset to the future growth of Action Pest Control as well as the communities he serves. We’re glad to have him on our team,” said Pass.

Blessinger previously served as a service manager with Blessinger’s Exterm-It-All before they merged with Action Pest Control in 2010. He also served as a Combat Field Medic in Iraq and now lives in Ferdinand with his wife Carrie and their two small children.