Home › Blog › Which Is Worse For Indianapolis Homes; Carpenter Ants Or Termites?

Which Is Worse For Indianapolis Homes; Carpenter Ants Or Termites?

Some “Would You Rather” questions aren’t that hard. Would you rather eat chocolate or fruit-flavored candy? You probably have an answer. But the game gets harder when it comes to the question: Would you rather have carpenter ants or termites living in your walls? Because termites and carpenter ants are both pests known for damaging wood, we’ve put together a guide to help you figure out some of the similarities and differences between the two. While there’s no good pest, one of these may be more dangerous than the other. Find out what attracts these pests and how to stop them. 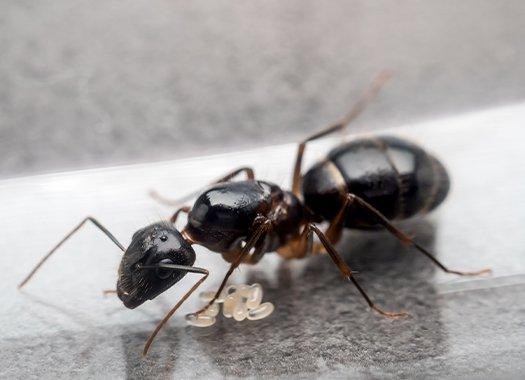 Carpenter ants can be red, reddish brown, or black. They have a pinched abdomen and bent antennae. They’re also much more likely to be seen. Termites can’t survive out in the open, so you won’t see them around your home. Carpenter ants, on the other hand, will occasionally forage for food in your kitchen and around your home.

Swarmers are winged termites or winged ants. They look quite similar, since they’re flying insects that are light or dark brown and about the same size. You can tell them apart by looking at their different antennas or by looking at their wings. Termites have straight, even wings, while carpenter ants have an uneven wing length.

Here’s how carpenter ants and termites are similar in terms of the damage they cause: both can destroy wood and jeopardize the structural integrity of your home. Carpenter ants destroy wood in order to build nests and tunnels. Their destruction is usually much slower than termites, since they only need to build a nest. Their tunnels are kept smooth and clear. If you have carpenter ants inside your walls, you may notice small holes in the wood with piles of frass beneath them. Frass is a collection of sawdust, feces, and dead bugs.

In contrast, termites don’t nest inside wood. Instead, they eat it. Because of this, termite damage often spreads much more quickly and can be far more damaging in less time. Subterranean termites don’t create frass and their tunnels are filled with debris such as dirt and fecal matter.

Termites and carpenter ants will be attracted to your home by damp wood, moisture, and water damage. The softer the wood, the easier it is for both of these pests to build their tunnels. Subterranean termites live underground, so they’ll also be looking for moist soil with easy access to wood. Since carpenter ants nest in wood, they’ll be looking for food nearby. You may see them roaming the kitchen or bathroom in search of sugars and proteins for the colony.

So, what’s the verdict? Termites can cause more damage more quickly, so they’re considered the worst of the two pests. However, carpenter ants are still a big problem. Ultimately, you don’t want either of these pests to be anything more than a hypothetical question.

If you think that you have either termites or carpenter ants, call Action Pest Control for help. We’ll correctly identify the species in your home. We’ll also help you locate attractive factors and entry points. Next, we’ll create a treatment plan that will get these pests out of your Indianapolis home for good. You don’t need to choose between carpenter ants or termites. With Action Pest Control, you can have neither. 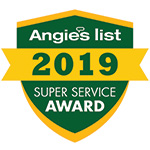 Action Pest Control received an average rating of 4.6 out of 5 stars from 109 reviews. 4.6