Home › Blog › What's The Difference Between Wasps & Hornets In Louisville?

What's The Difference Between Wasps & Hornets In Louisville?

Remember back in geometry class when you learned the difference between a rectangle and a square, and that all squares are rectangles, but not all rectangles are squares? Well, the same is true is about wasps and hornets. You see, all hornets are wasps, but not all wasps are hornets. That’s because hornets are a subspecies of wasp. 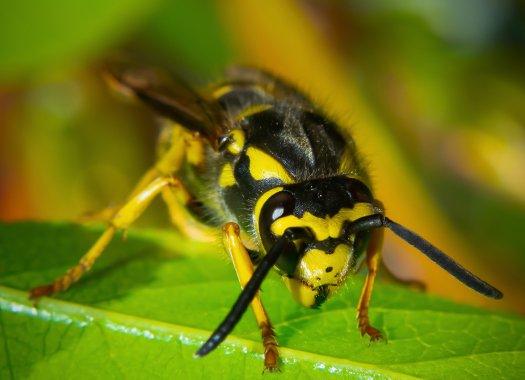 When someone asks you what’s the difference between a wasp and a hornet, that’s a trick question, and now you know why.

Although the difference may be semantics, all wasps have powerful stingers which means you don’t want any species, hornets included, hanging around your property. That’s why you need to know the best practices when it comes to keeping wasps from building nests around your home.

Knowing How To Identify Wasps (and Hornets)

There are several thousands of species of wasps which means there is a great variance in appearance. However, most wasps tend to be black with yellow or brown markings. They have two pairs of wings and a pinched-in waist. Usually, wasps grow anywhere from 5/8th to 3/4th of an inch in length.

Wasps: The Good And The Bad

Believe it or not, despite their menacing appearance, wasps are very beneficial to the world around us. That is because wasps feed on nuisance insects which helps to control their populations. In addition to this, wasps help to pollinate a myriad of plants and crops.

While wasps are beneficial to the environment, they do pose threats to humans. Wasps can be quite aggressive and are known to sting without much warning. Moreover, unlike bees, wasps are capable of stinging their target multiple times in a row. And if that’s not bad enough, some people are allergic to the venom in wasp stings. Therefore, if left unchecked, wasps stings can be fatal.

How to Keep Wasps Away From Your Yard

Even though wasps do serve a beneficial purpose, that doesn’t mean you want them hanging around your house and yard. That’s why it’s important to know these useful tips and tricks to keep you safe from wasps:

Following these tips should help to prevent wasps from gaining access to your home so that you may have some peace of mind.

The Best Way To Protect Your Home From Wasps

Even if you take all the proper steps, you may notice a wasp nest in or around your Louisville house. Should this happen, don’t fuss with over-the-counter sprays which may or may not work. Instead, contact the professionals at Action Pest Control right away.

Here at Action Pest Control, we are properly equipped to handle any stinging insect problem you may face. That means we will identify which insect you are dealing with, figure out what may be drawing them to your home, and finally, determine the best way to fix the issue(s).

Don’t put you or your family at risk. If you have a wasp problem, give us a call today.