The History Of Bed Bugs (And How It Affects You Today) 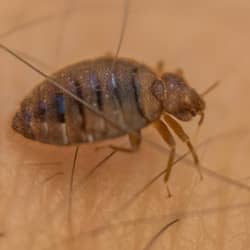 Bed bugs, or C. lectularius, have been around since the dawn of civilization. Fossils of these bugs have been dated back to 1500 B.C., and are believed to have originated from caves in the Middle East. In ancient Rome they were called Cimex, which means bug, and designated lectularius, meaning bed or couch. In ancient times, these bugs were used in medicine, if you can believe that! The Romans and Greeks burned them to make leeches release, and egyptians would drink bed bug juice to cure snake bites.

These bugs have been found all over the world, in even the wealthiest of homes, but it was poor settlers traveling to America that brought these stowaways to the New World. Bed bug infestations on ships became so bad that colonists were forbidden to bring their bedding on board.

In the early 20th century it was almost unheard of for a citizen of the United States to have lived without experiencing at least one bite from a bed bug, but in the 1950s, they were almost entirely eradicated, due to the invention of a pesticide called DDT, and the wide use of vacuums and washing machines. Entomologists were hard pressed to find a single living bed bug to study.

In 1972, DDT was classified as a "cancer causing agent", and its use as a pesticide was banned. I guess powdering your bed with pesticides and then slipping into it for the night was finally considered a "bad" idea. Who knew?

By the late 1900s bed bugs were once again common to all parts of the U.S., due to advancements in international travel, a reduction in the use of pesticides, and a lack of public awareness. Their numbers have grown significantly to this day.

Slowing and eradicating the spread of bed bugs begins with public awareness. Since these bugs spread by hitchhiking in luggage, bags, furniture, and clothing, observation is the first line of defense against these bugs. Here are a few common-sense preventative measures you can take to keep these bugs from infesting your home.

Smokey the bear says, "only you can prevent forest fires". Well, only you can prevent bed bugs from getting into your home. You are the gatekeeper. But, if a single bugs slips by--and it can happen--especially with the increased incidence of movie theater infestations, remember to call a professional. This is not a bug you want to try to get rid of on your own. Just do a search for, "bed bug fire ". Let a professional take care of your problem, so it is gone for good, and you can sleep easily once again.