Home › Blog › Interesting Facts About The Chikungunya Virus In Louisville

Interesting Facts About The Chikungunya Virus In Louisville

Mosquitoes in Louisville have a nasty habit of swarming around and biting unsuspecting humans during the most joyous occasions: outdoor birthday parties, backyard barbecues, or leisurely strolls around the lake. And the aftermath of those painful, swollen bumps is not the only concern. Mosquitoes can carry a plethora of diseases that can potentially make people ill.

At Action Pest Control, we offer the most advanced pest control in Louisville to successfully eliminate these insects from your outdoor living spaces. Our highly skilled professional technicians dispense the best pesticide for mosquitoes around your property to restore your comfort and peace of mind. 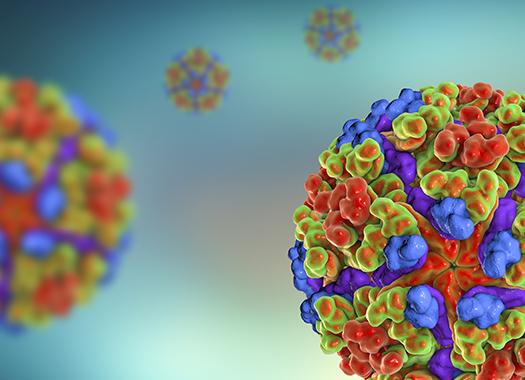 Chikungunya also referred to as chikungunya fever, is a viral infection spread by mosquitoes. It causes the sudden onset of severe joint pain and fever. Other symptoms may include headache, skin rash, fatigue, and muscle pain. Symptoms of the illness typically appear within two to seven days after being bitten by an infected mosquito. Currently, there is no vaccine to inhibit chikungunya fever. Fortunately, the disease rarely causes severe complications and lasts a short duration. Common treatments for the virus include plenty of rest, fluids, and over-the-counter medications, such as acetaminophen and ibuprofen, to help relieve joint pain and bring down the fever.

What Areas Are At Risk For Chikungunya Virus

The majority of chikungunya outbreaks occur in Asia and Africa, although there have been reported outbreaks in the Americas and Europe since the early 2000s. In 2014, cases of viral infection increased in the state of Florida; however, by 2016, there were no further cases reported there. In Africa, it has been discovered that transmission of the virus can circulate from mosquitoes to humans and back to mosquitoes, further perpetuating its existence. Even though there is a low probability of contracting chikungunya in the U.S., other mosquito-borne viruses, such as West Nile and Zika, are commonly found in America. Therefore, make sure that you take the necessary precautions to avoid being bitten while outside, especially during the worst time of day for mosquitoes, typically dusk and dawn.

Chikungunya fever is not as well known among the U.S. population as other mosquito-borne viruses, like malaria.

Here are five interesting facts about this virus with the unusual name:

Since we will never live in a world with no mosquitoes, it's important to contact your local Louisville Mosquito control professional if you're experiencing mosquito scourges on or around your property.

If you are noticing an increase in mosquitoes swarming around your property, that's a clear indicator to enlist the services of a professional pest control company. Mosquitoes can carry a variety of diseases that could potentially make you and your family sick. Experienced technicians are knowledgeable and well-equipped to keep mosquitoes away from your property consistently.

At Action Pest Control, we have been controlling mosquitoes in Louisville for many years. We realize the importance of significantly reducing mosquito populations to prevent the spread of diseases that can make our residents ill. We offer customized treatment plans, including environmentally friendly service options, that suit your lifestyle and desired outcomes. Reach out to us today to schedule your free, no-obligation inspection and to learn more about mosquitoes in Louisville.

Action Pest Control received an average rating of 4.7 out of 5 stars from 121 reviews. 4.7