How Dangerous Are Louisville's Yellow Jackets?

Encountering wasps of any kind on your Louisville property can be stressful and uncomfortable. These pests are quite terrifying in appearance, and they can leave you with painful stings. While trying to enjoy your yard, wasps can come out in full force and ruin everything. 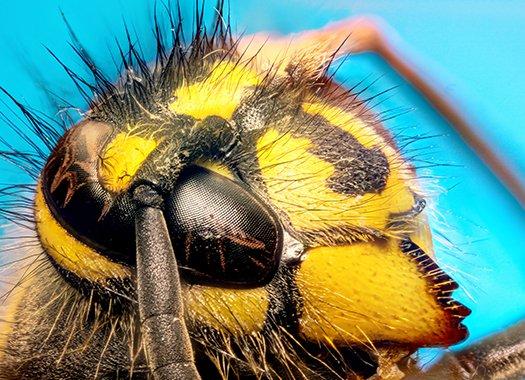 While there are many kinds of wasps in the Louisville area, one of the most dangerous and scary is the eastern yellow jacket. Yellow jackets are a species of wasp known for being more aggressive than other species.

Since they are so aggressive and look similar to other wasps, here is a brief guide to help tell them apart:

While yellow jackets aren't something you want to have around your property, they benefit the environment as a whole. Just like bees, they are pollinators that play an essential part in food production all along the food chain. They can also help control some populations of smaller insects. However, this doesn't mean you want them around your home.

Why Are Yellow Jackets Particularly Dangerous?

While all wasps can sting and inject venom, yellow jackets are more of a health risk than other species for a few reasons.

First of all, yellow jackets tend to be more aggressive than other wasp species, so they are more likely to sting you.

Second, yellow jackets tend to attack in large numbers. So, if one attacks, others in the nest will often join the attack, leaving victims with multiple stings.

Third, unlike some other species of stinging insects, yellow jackets can sting over and over and inject venom multiple times. For all of these reasons, even people who aren't allergic to their venom can end up in the hospital.

How Can You Prevent Yellow Jackets?

While it's not possible to completely prevent yellow jackets from coming onto your property, there are some things you can do to help deter them. Some of the best yellow jacket prevention methods have to do with making your yard less appealing.

Here are some of the best steps to take to keep them out of your yard:

The Best Way To Protect Your Home From Yellow Jackets

Since yellow jackets are such dangerous pests, trying to deal with them on your own isn't a good idea. Even nests that appear to be inactive might not be, so the safest and most effective way to remove a nest is to contact the experts at Action Pest Control. We are even able to provide free estimates, so give us a call today to get started.

Action Pest Control received an average rating of 4.7 out of 5 stars from 121 reviews. 4.7