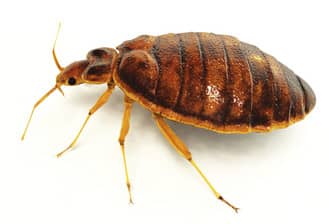 This Halloween, vampires, ghosts and goblins will not be the only ghoulish creatures haunting the night; bed bugs continue to make a startling resurgence in U.S. residences, spider infestations are up, and wildlife pests such as bats plague homeowners across the country.

According to Kevin C. Pass, President of Action Pest Control, “Scary movies aren’t the only thing giving homeowners nightmares this season. As temperatures begin to plunge, pests everywhere begin to seek respite in the very areas you want them the least – your home.”

Pests such as bed bugs are actually very similar to one of our favorite Halloween characters – the vampire. A nocturnal creature, bedbugs are bloodsucking pests. As they bite human skin, they inject an anesthetic-like liquid that numbs the skin and allows them to bite undisturbed. In fact, humans don’t usually wake up when they are being bitten; however, they do find themselves scratching circular, red, itchy welts in the morning.

“Luckily, a bedbug bite doesn’t transform you into a bedbug; the way a vampire bite makes you a vampire,” says Pass. “In fact, the only good news about bedbugs is that their bites do not transmit disease to humans.”

Other ghoulish pests cannot make the same claim. Bats are the culprits behind 72% of rabies cases in the U.S. between 1990 and 2002; and various species of spiders found in the United States pose serious health threats and require vigilant control procedures.

For further information on these nightmarish pests, contact your local office.