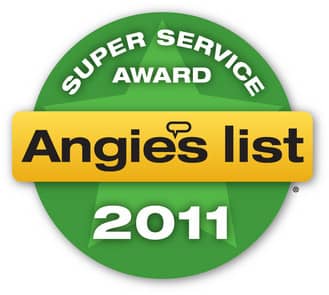 Action Pest Control has been awarded the prestigious 2011 Angie’s List Super Service Award, an honor bestowed annually on approximately 5 percent of all the businesses rated on the nation’s leading provider of consumer reviews on local service companies.

Service business ratings are updated daily on Angie’s List, but members can find the 2011 Super Service Award logo next to business names in search results on AngiesList.com.

Angie’s List collects consumer reviews on local contractors and doctors in more than 500 service categories. Currently, more than 1 million consumers across the U.S. rely on Angie’s List to help them make the best hiring decisions. Members get unlimited access to local ratings via Internet or phone, exclusive discounts, the Angie’s List magazine and help from the Angie’s List complaint resolution service. Take a quick tour of Angie’s List and view the latest Angie’s List news.

Action Pest Control received an average rating of 4.6 out of 5 stars from 92 reviews. 4.6