There is no arguing that termites are fascinating and destructive creatures. With so many interesting facts to choose from, we had a hard time narrowing the list down. That being said, here are our top ten facts about termites. 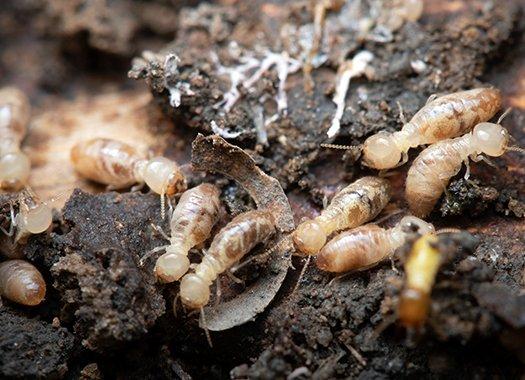 Termites are more of a family than anything else. Workers, soldiers, and reproducers work and live together in harmony. Young termites are even raised by groups of termites rather than just one member.

Have you heard the term “endless stomach?" Turns out termites have just that. Unlike most other living creatures, termites do not need to sleep. This unique ability allows them to harvest and eat wood 24/7.

Fact Number Four: There Are Over 2,000 Species Of Termites

Across the world, there are over 2,000 unique species of termites. Thank goodness there are not that many here in the states! We only have 45.

The largest termite colony ever recorded contained over 70 million Formosan termites and was found in a public library building in Algiers, Louisiana. This nest was estimated to weigh close to 600 pounds.

As you might know, ants and termites have a lot in common. What you might not know is that they occasionally go to war with one another. Seeing that many species of ants are subterranean like termites, it can be easy to see why they might fight. If a termite colony encroaches on an ants' nest or vise versa, war typically breaks out until one side comes out victorious.

Fact Number Seven: Termites Are Eaten In Some Parts Of The World

You might think a person has to be extremely desperate to eat a termite, but you might be shocked to know that they are a delicacy in some parts of the world. Harvested from massive colonies, termites are a great source of protein and enjoyed by different groups of people. We do not, however, recommend you eat them yourself.f

Many people mistake this statistic to mean that termites deal 5 billion dollars worth of damage each year. In reality, this statistic covers every cost related to termites, including prevention.

Fact Number Nine: Termites Could Be In Your Home Right Now And You Wouldn’t Know It

Nicknamed “silent destroyers,” termites are about as sneaky as pests come. Known to invade homes under the cover of exterior soil, and capable of remaining hidden deep within structural wood for years at a time, termites pose as much of a threat as they do simply because homeowners can’t spot them. It’s not until years after they have arrived that the damage they have done becomes more obvious.

Fact Number Ten: Termites Are The Last Pests You Want On Your Property

Despite being extremely fascinating creatures, termites pose a unique and substantial threat to your home. To make sure your home remains termite-free, year-round, the professionals here at Action Pest Control are here to help.

To learn more about our termite control plans, or to schedule an appointment for your Louisville home, give us a call today. One of our trained service representatives would be happy to help you find the right option for your property.